Every year, millions of tourists come to Bali for vacation. The island has even surpassed its goal of attracting 3.1 million tourists, having reached 3.27 million a couple of years ago.

But when exactly did Bali become a popular destination for tourists and travelers?

According to the first figures published by the Official Bureau of the Netherlands, 213 tourists visited Bali in 1924.

KPM began providing weekly sailings to Bali in 1924 after Bali's transportation infrastructure was built in 1917.

The sailing routes were from Singapore, Batavia (Jakarta), Semarang, Surabaya, Buleleng (Singaraja Harbor), and Makassar-the route was known as the Bali Express. This is considered the starting point for tourists traveling to the "island of the Gods.

Two years after 1924, the Journal of Tourism in the Netherlands East Indies stated that on February 8, 1927, the number of travelers increased to 480.

Seeing a significant increase in visitors to the island, KPM decided to build a Bali hotel to serve tourists.

In addition, the hotel also played an important role in Indonesian history, as it was here that the Denpasar Conference was held in 1946, leading to the first recognition of eastern Indonesia.

In 1963, Sukarno built the Bali Beach Hotel in Sanur, which contributed to the development of tourism in Bali. Before that, there were only three hotels on the island.

The construction of hotels and restaurants began to spread throughout Bali. Tourism grew even more in Bali after the opening of the Ngurah Rai International Airport in 1970.

The regency government of Buehleleng promoted the tourism sector as one of the pillars of economic progress and social welfare.

The tourism industry is mainly concentrated in the south, but significant in other parts of the island as well.

The main tourist sites are the town of Kuta (with its beach) and its suburbs Legian and Seminyak (which were once independent towns), the town of Sanur on the east coast (once the only tourist center).

Ubud towards the center of the island, south of Ngurah Rai International Airport, Jimbaran, and the newest developments of Nusa Dua and Pekatu.

The U.S. government has rescinded its travel advisory for 2008. The Australian government issued an advisory on Friday, May 4, 2012, with the overall level of the advisory downgraded to "Use extreme caution.

The Swedish government issued a new warning on Sunday, June 10, 2012, because of one tourist who died of methanol poisoning.

Australia last issued an advisory on Monday, January 5, 2015, due to new terrorist threats.

In addition to tourism, there is also a growing real estate industry. Bali real estate is growing rapidly in the main tourist areas of Kuta, Legian, Seminyak and Oberoi.

More recently, luxury five-star projects have been built on the Bukit Peninsula, on the south side of the island.

Million-dollar villas are being built along the slopes of southern Bali, with panoramic views of the ocean.

Foreign and domestic businessmen (many people and companies in Jakarta are quite active) also continue to increase investment in other parts of the island.

Land prices have remained stable despite the global economic crisis. Indonesia's currency fell about 30% against the U.S. dollar in the second half of 2008, which provided value for many foreign tourists.

The number of visitors in 2009 is projected to drop by 8% (which will be higher than in 2007), mainly due to the global economic crisis, which also affected the global tourism industry.

Bali's tourism economy survived the Islamist terrorist bombings of 2002 and 2005, and the tourism industry has been slowly recovering since then. The long-term trend has been a steady increase in the number of visitors.

On October 12, 2002, there were explosions in Bali in the tourist area of Kuta.

The attack killed 202 people (including 88 Australians, 38 Indonesians, and people of more than 20 other nationalities). Another 209 people were injured.

The average occupancy of star hotels has reached 65%, so the island will still be able to accommodate tourists for several years without adding new rooms/hotels, although some are fully booked during peak season.

Balinese culture and its religion are also considered a major factor for the reward. One of the most prestigious events that symbolizes the strong relationship between a god and his followers is the Kechak dance.

According to BBC Travel, published in 2011, Bali is one of the best islands in the world, ranking second after Santorini, Greece.

The setting is Ubud and Padang Padang Beach in Bali. A 2006 book that held the top spot on the New York Times bestseller list for 57 weeks.

"Eat, Pray, Love" has already caused a boom in Ubud, a mountain town and cultural and tourist destination that has found itself the focus of a search for balance through traditional spirituality and healing that leads to love.

In January 2016, following the death of music icon David Bowie, it emerged that in his will, Bowie asked that his ashes be scattered in Bali according to Buddhist rituals.

Early in his career, he visited and performed in a number of Southeast Asian cities, including Bangkok and Singapore.

Since 2011, China has supplanted Japan as the second-largest supplier of tourists to Bali, while Australia still tops the list.

Chinese tourists are up 17% over last year due to the impact of ACFTA and new direct flights to Bali.

According to a May 2013 Bank Indonesia survey, 34,39% tourists are in the upper-middle class, spending between $1,286 and $5,592, and dominated by Australia, France, China, Germany and the United States.

Some Chinese tourists have increased their spending levels from previous years. 30.26 percent of tourists are in the middle class and spend between $662 and $1,285. 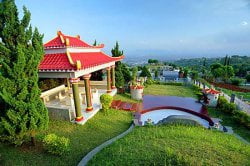 Casino in Bali - a guide to gambling 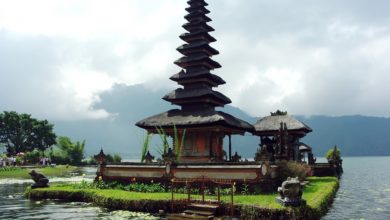 Riding in Bali - 10 Stables Every Rider Should Visit 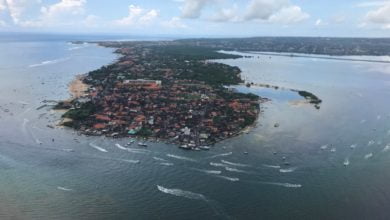 Flight to Bali: from Moscow, St. Petersburg, with a connection in Shanghai 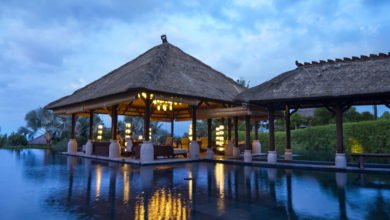 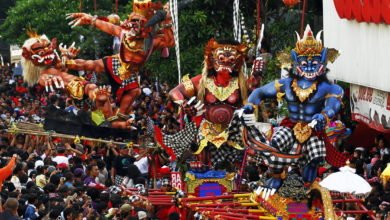 New Year in Bali: how and when they celebrate