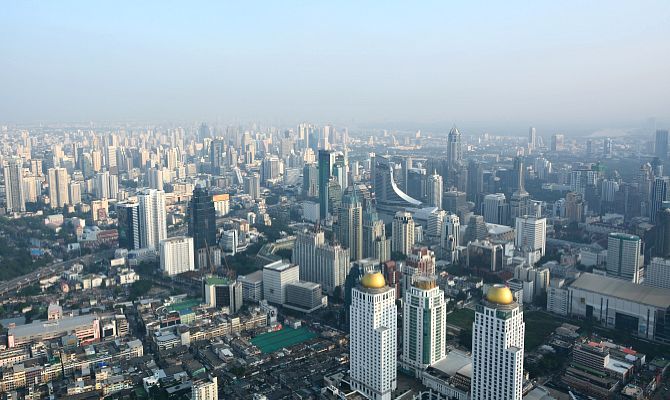 Bangkok is a city of contrasts, which absorbed all the most interesting and controversial that is in Thailand. The city will leave a lasting impression on anyone who has ever been here.

Bangkok is the capital of Thailand, its air and sea gateway. The total area of the city is 1,569 square kilometers.

Bangkok on the map of Thailand

The capital of Thailand is located in the central part of the country, on a flat area in the delta of the Chao Praya River, which flows through the entire city and serves as a transport route. The river route was at one time supplemented by a system of canals, because of which the city has earned the name of the Venice of the East. Some of the canals are now concreted. 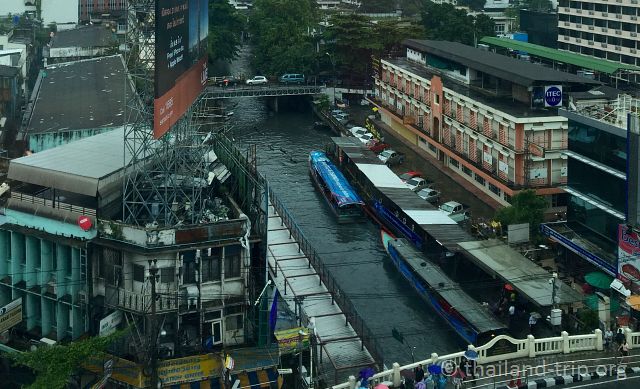 The population according to official data is 9.2 million people, unofficially more than 10 million. More than 90% inhabitants are followers of Theravada Buddhism, but all religions are tolerated here. The name of the capital consists of two words and translates as "olive village" (Bang and Kok).

The history of Bangkok begins in the mid-14th century with the founding of a small trading port on the west bank of the river. In the Ayutthaya era there was a village whose population literally lived on the water, with olive trees growing along the banks. 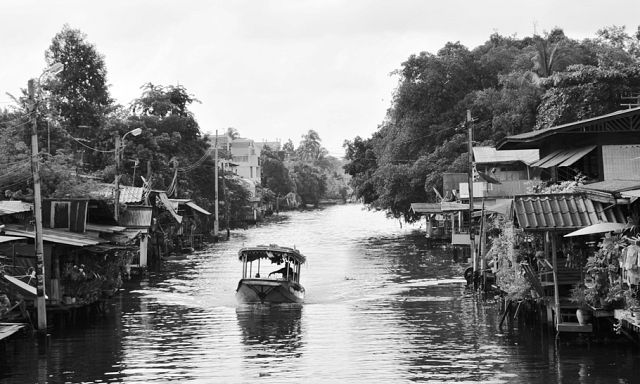 In 1767 the ruler Thaksin built the capital Tonburi here. In 1782, during the reign of King Rama I, the city was moved to the eastern bank of the Chao Phraya River in Thonburi. Since then Bangkok has acquired its name. The official name Krung Thep - which means "City of Angels ...", foreigners know it by its old name - Bangkok. About the old name of which, evidence only, the same name canals Bangkok Noi and Bangkok Yai.

In 1932 the new Pra Puta Yodfa Bridge connected the two banks, which greatly influenced the development of the city of Bangkok. During the Vietnam War, the U.S. invested heavily in improving the infrastructure of its ally. The population is multiplying at a rapid pace, which entails a number of urban planning problems that have not yet been solved.

Nowadays, Bangkok is a significant industrial and business center in Asia, on a par with Hong Kong and Singapore. The bustling and crowded Bangkok remains the center of Thailand.

Bangkok's main problem is that the city stands on a swamp. The top layer of soil and waterways is marine clay. This has led to subsidence, the rate of which has doubled in recent years. Some parts of the city are already below sea level.

According to some versions, Bangkok will go under water in 15 years.

The weather in Bangkok is pretty exhausting most of the year. The average daytime temperature is 30-32 degrees and does not vary much from month to month. Nighttime temperatures are 25-28. The optimal time to travel is the dry cool season: from mid-November to April. From late May to November it rains in Bangkok 3-4 times a week and pours for hours. 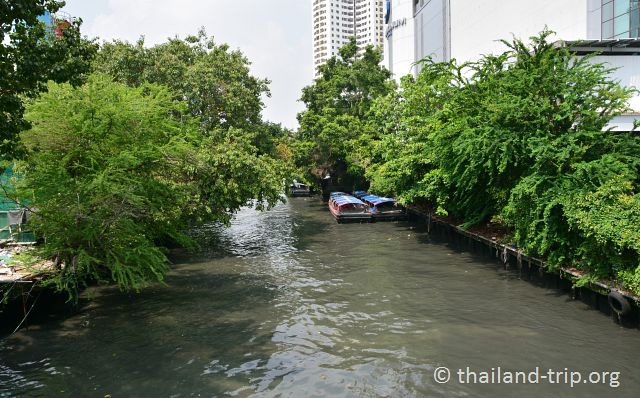 Some tourists choose this time to travel, because prices fall noticeably and there are still dry pauses between rains that can be devoted to excursions. In April and May the weather in Bangkok becomes unbearable. The capital of Thailand turns into a "red-hot frying pan". The sun heats the humid air up to 35 degrees, precipitation is very rare.

The capital of Thailand is diverse and offers tourists a huge variety of leisure, entertainment and knowledge. Hundreds of temples, monuments, zoos, traditional markets, malls and restaurants allow you to make a dense tour program for 4-7 days. Tourists usually don't stay here for longer than that, striving to get away from the polluted noisy streets to the paradise islands. 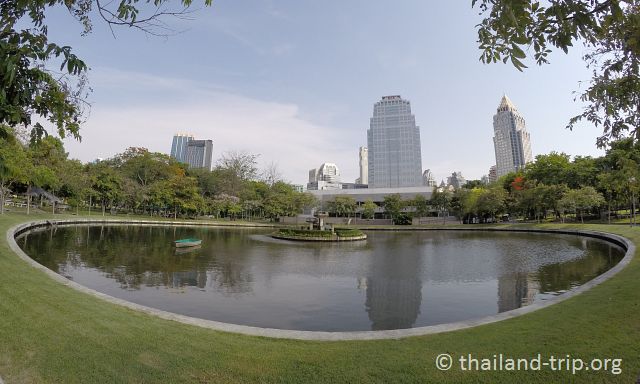 If you have limited time, it is better to visit the most important places. You can read about them in our article about attractions in Bangkok with marked sights, which will help to optimize your route and not to miss the most interesting things.

Bangkok attracts shopping lovers with a large number of malls with low prices.

It beckons gourmets who want to taste Southeast Asia. 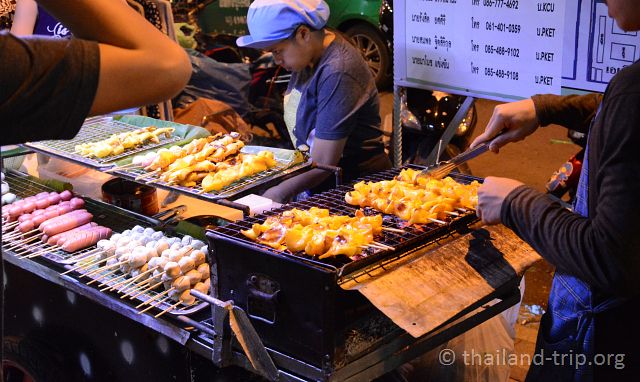 The city is famous for its bustling nightlife. With the sunset here open numerous bars, discos, karaoke, dance shows. And the famous Nana Plaza and Patpong Street (Pat Pong) invites those looking for strawberries.

Bangkok is said to offer the cheapest metropolitan accommodations in the world. A clean, air-conditioned room in a hostel costs about 500 baht (15$). An air-conditioned hotel room starts at 800 baht (24$). 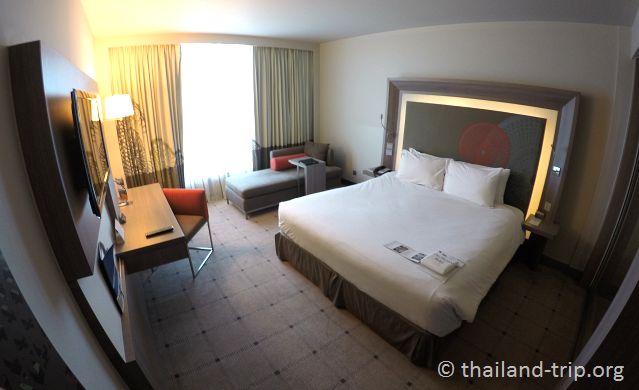 Among the popular hotels are:

But the most famous hotel in the capital is considered to be Bayok Sky, with panoramic platforms, which you can climb to make videos and photos of Bangkok from a bird's eye view. 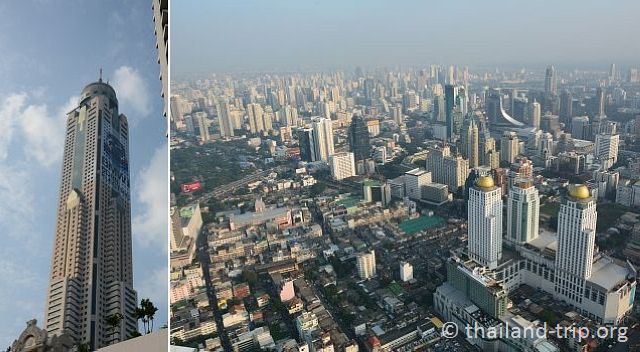 The most economical accommodation option is the Kaosan district. It has the largest concentration of cheap hostels. In business and shopping areas such as Silom and Siam, accommodation prices are much higher. The most popular among tourists is Sukhumvit.

There are plenty of hotels and entertainment, but no attractions as such. If you want to live within walking distance of most of Bangkok's attractions, it is worth booking accommodation in the colorful Chinatown. Ratchadapishek is beloved by locals as a clubbing hub.

It is possible to fly to Bangkok by direct flight or with a connection from many major cities of the CIS countries. There are two airports - Suvarnabhumi International Airport and Don Muang Airport, which serves mainly for domestic connections. From both airports there are trains, buses and cabs to the center of the capital.

The capital can also be taken as a starting point for traveling around Thailand. The most famous resorts can be reached by air, by rail from Hua Lamphong Central Station or by public buses from Ekkamai, Mor Chit and Sai Tai Mai Bus Stations.

City transportation is also well developed. It is possible to travel by surface and underground subway, buses, tuk-tuks and cabs. The panorama of the city is best seen from the window of the surface metro, which runs at a height of 4-6 floors. The trip costs 15-40 baht depending on the distance.

The subway covers all central districts of the city. It is more convenient to get to the outlying areas by the regular subway with air conditioning and video streaming, or by taking buses. 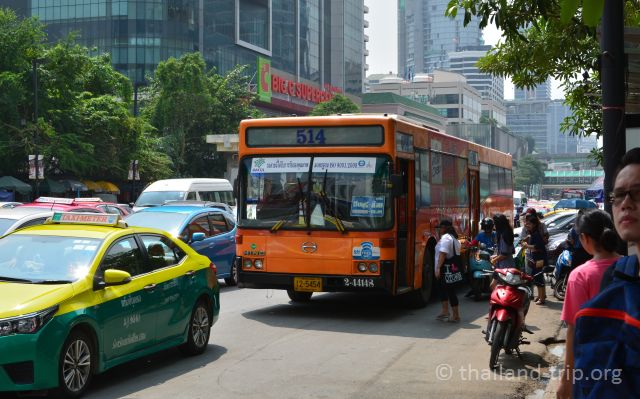 You can take a water cab to the other side of the river. It's also worth taking a tour of Bangkok's canals on a sightseeing ferry. Despite the fact that the city looks like an anthill, a map of Bangkok will help you easily navigate. 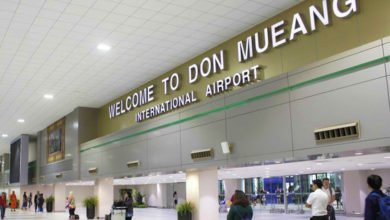 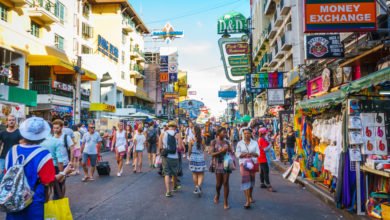 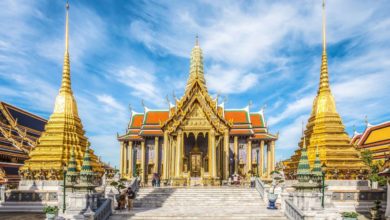 Bangkok sights - what to see and do in Bangkok 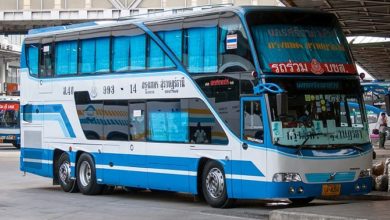 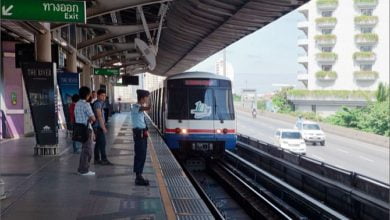 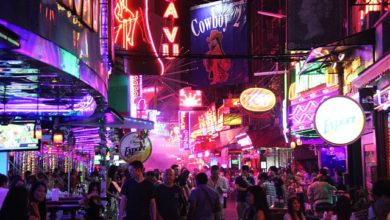 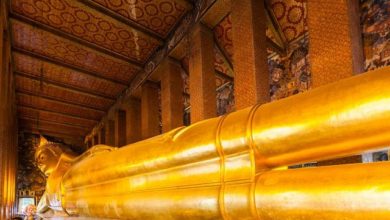 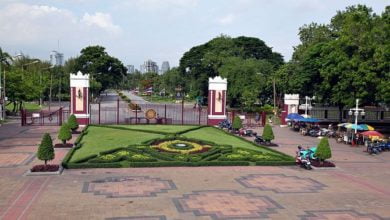 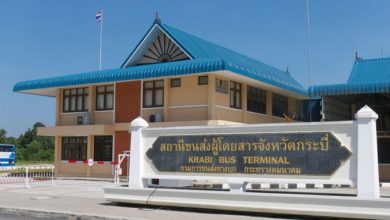 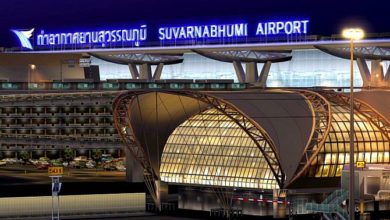