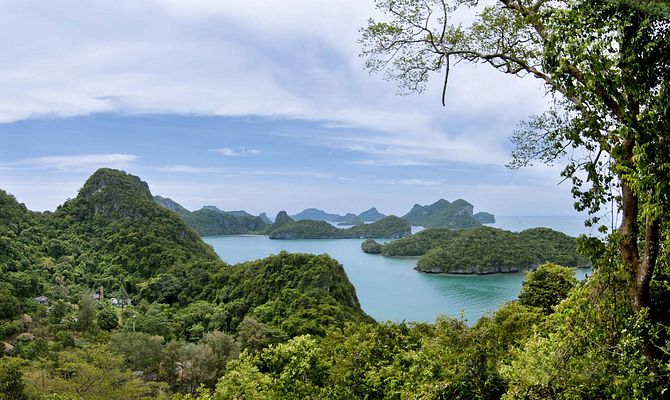 Mu Ko Ang Tong National Park is one of the main natural attractions that Thailand is so rich in. It is a group of islands located in the Gulf of Thailand near the coast of Surat Thani.

Although the islands are protected areas, there are accommodations for tourists. In addition, the national park can be visited as part of a day trip. Ang Tong was founded in 1980 and includes 42 islands. Of these, about 20 can be classified as more or less large. The rest are so small that few people know their names. The total area of the park is 102 km², 80% of which is occupied by water. 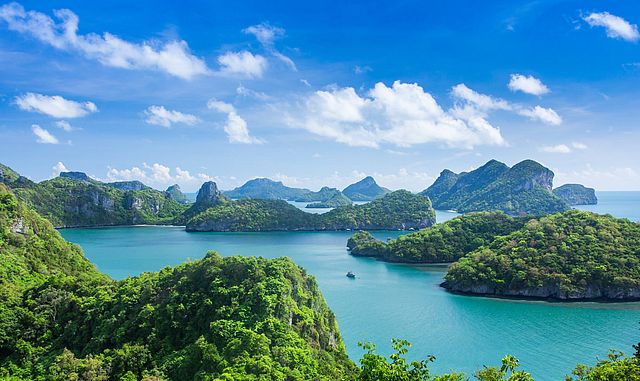 Most of the islands of the archipelago are traditionally represented by limestone formations, rising up to 500 m above sea level. Limestone is a relatively soft material, subject to the influence of salt water, wind, and climatic conditions. Therefore, the islands abound in caves, including underwater, rocky ledges, reminiscent of Thai and Cambodian temples in their bizarre forms.

The islands of the archipelago are covered with a dense forest, which grows, among other things, on karst rocks and in shallow soils at the very top of limestone cliffs. Many trees and plants are listed in the Red Book. Mangroves occupy shoals and mudflats, growing mainly around Mae Ko and on the eastern side of Phaluai Island.

The jungle is home to many species of animals and birds, among them:

Special mention should be made of the marine fauna of the park. The depth of the Gulf of Thailand in these places does not exceed 10 meters. The rivers flowing into the bay bring in soil, parts of plants, trees, and other debris, making the water turbid almost all year round. The mobile sea creatures do not like the muddy water very much. Therefore, the main marine fauna of the area is represented by algae, mussels and oysters.

The coral reefs are not too impressive, limited to a narrow strip around the islands, especially on the northwest side, close to shore. It is home to: parrot fish, stingrays, sea angels.

In general, with few exceptions, the areas immediately adjacent to the islands are not the best places for diving and snorkeling. At a distance from the park, on the contrary, the marine life is diverse. In the waters of the Gulf of Thailand around Angtong, species important to commercial fisheries are widely represented: squid, anchovy and mackerel.

The main island is located in Kha Bay. This is where all the tours come. Here is the administrative center of the entire park, there is a nice and clean beach. Visitors to the park are invited to climb a 500-meter mountain, which offers a panorama of the entire archipelago. The view is really stunning: the limestone islands form unusual shapes and bizarre silhouettes rising above the water.

The attraction of Wua Talap is Bua Bok Cave. It is unique in terms of geology, full of stalactites and stalagmites.

The main attraction is the mountain lake Thale Nai. It is a large natural body of water, lying in a bowl of karst mountains. The lake is salty because it has an underwater connection to the Gulf of Siam.

It is assumed that it was formed as a result of a thin layer of limestone base, which led to the filling of the lowland with sea water.

This island is the only inhabited island in all of Angtong. It is home to the Roma diaspora. Tourists are specially brought to Paluay, where they are given an ethnographic tour and introduced to the traditional way of life and organization of life in the Roma village.

Opposite Mae Ko is Samsao Island, one of the few with beautiful corals and clean sea. The beaches on Samsao, just like those on Thaiphlao and Wua Kantang, are well maintained and clean.

Most of the islands are impenetrable jungle, through which it is not possible to travel "wildly". The park administration offers the use of specially designed routes, on which vacationers will not encounter any great difficulties. The main tour goes through the main island Wua Talap - already mentioned trekking-climbing to the highest point of the park.

In addition to it, there are boat trips:

For fans of snorkeling there are three underwater excursions:

Despite the conservation status of Ang Tonga, the central Wua Talap has all the necessary tourist infrastructure.

You can come with your own tent and rent a place in the campsite or use the tents provided by the park administration.

The chic nature of Angtong Park is determined by the natural and climatic features of the region, which are generally similar to those that make the weather on the island of Samui. The park receives an annual rainfall of 2 meters of water. This is a lot even by tropical standards.

It rains heavily every day in November. This month receives 25% of the year's rainfall. December is also rainy, but less so. But in all other months the rainfall is very moderate, and the exceptionally dry season fits into one month - February. To this should be added the rough sea, which, from October to February, periodically storms, making navigation impossible. For these reasons, the park is closed to visitors from November to December.

The best time to visit Angtong is from February to April. In this season, nature reveals its beauty to the maximum and the sea is quiet.

It takes about 1 hour to sail to the archipelago by speedboat. You can get there from both Samui and mainland Surat Thani. There are no shuttle boats to Ang Tong Park at regular intervals.

For $100-$150 you can rent a boat together with a boatman for the whole day. This is a convenient option: you can go around the whole park on your own without being tied up with anyone. When you arrive at the main island of Wua Talap, you must pay the entrance fee ($10 is a standard adult ticket). The services of a group guide, if necessary, are extra.

We must admit that this option, with all its advantages is still quite difficult. That is why most people who come to Ang Tong do it in a more organized way.

A visit to Angtong is a standard excursion offered by all agencies on Koh Samui, as well as in mainland Surat Thani. Groups of 10-15 people are recruited and taken to the archipelago in an organized manner. Travel agencies form their own excursion programs, which usually include:

After the excursions, also organized by boat, people are taken back to the place of departure. The cost of such a trip is about $50 (+$10 entrance fee). It will probably come out more expensive than renting a boat by yourself, for example, for four people, but it will save you from having to deal with organizational issues. 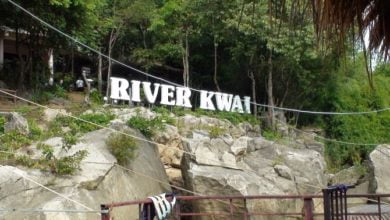 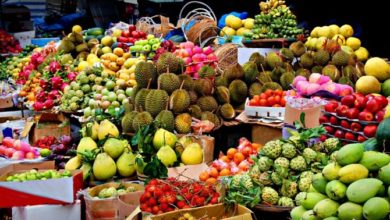 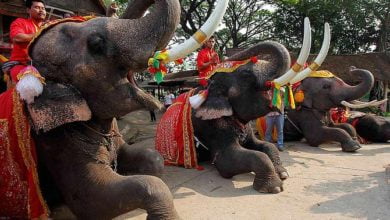 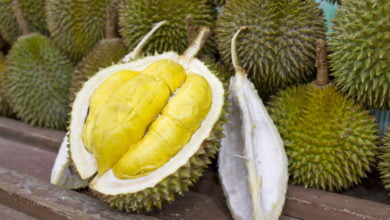 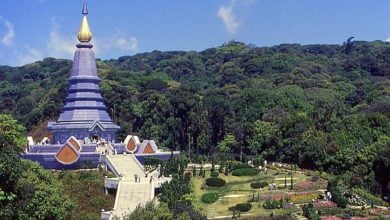 Mountains of Thailand - trekking and sightseeing 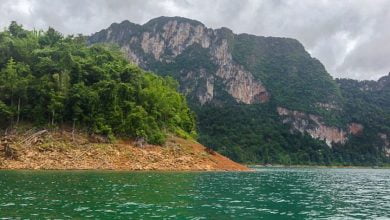 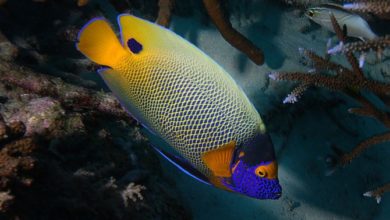 Fish of Thailand - fishing and unique representatives of the underwater world 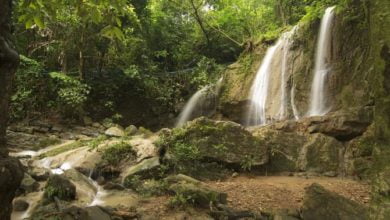 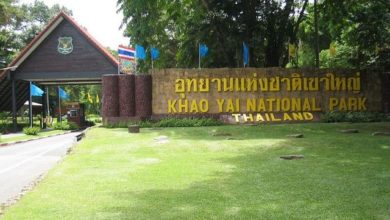