Vietnam is one of the most popular countries in Southeast Asia, which has recently been discovered by millions of tourists. But fans of this destination are divided into two groups: some prefer to rest in the north of the state, others assure that only the southern provinces give a complete picture of the local cultural traditions.

This fierce dispute often takes a different turn. The fact is that Vietnam, as it were, has two capitals. The modern one is Hanoi, which is rightly considered the center of the North. And the ancient - Ho Chi Minh City (Saigon), the largest southern city with its own customs and characteristics. Where should you start your journey and what should you see first?

Let's try to compare these destinations by the most important positions that can excite tourists.

In general, Vietnamese cuisine is very appetizing - it includes dishes of seafood, meat, vegetables and spices. But the culinary traditions of the North and the South are quite different.

In the official capital preference is given to more traditional Vietnamese cuisine. The main feature of the local "public catering" is a huge amount of "street food" sold from open stalls. There are a lot of cozy cafes and family restaurants that cook food by their own "secret" recipes. And the best noodle soup (the legendary Pho) is also made in Hanoi.

The main southern city has a reputation as the "culinary capital" of Vietnam. Here there is a particularly large selection of restaurants offering dishes for every taste - from French, German, Chinese, Japanese and any other cuisine of the world. Gourmets can enjoy the local delicacies or choose to eat more familiar to them. For example, eat in a bistro or a quite "European" pizzeria.

Again, this is a more traditional city in which every street literally oozes the history of past centuries. The Old Quarter, the Temple of Literature, the Opera House, the Hoan Kiem Lake will make a great impression on tourists. There are also picturesque places nearby, which will please fans of natural beauty - such as Halong Bay and Ninh Binh.

There's plenty to see here, too, although the city seems more modern on the whole. Among the main attractions are the Puppet Theater on the water, the Vietnamese Cathedral of Notre Dame (an echo of the French colonization) and the Remnants of War Museum. In close proximity to Ho Chi Minh City are the famous Cu Chi Tunnels, which all visitors are advised to visit on a mandatory basis.

The capital is known for its fairly budget-friendly entertainment. The Old Quarter, which after sunset turns into a beer lover's paradise - Bia Hoi. The nightlife is not too boisterous and active, but it is ideal for lovers of cozy bars and inexpensive alcoholic beverages. Of course, Hanoi also has luxurious restaurants and noisy dance halls, but its main "feature" is a variety of local brewers' products.

Here you can find a wide variety of audiences, from bohemians and the financial elite to tourists on a limited budget. Foreigners can find luxurious clubs with exotic interiors, amazing bars and discos. Entertainment is available for all tastes and wallets, although in general the class of nightlife is noticeably higher, and the rest in some of them costs a pretty penny.

Everything is quite simple and traditional. In addition to modern shopping centers in the capital there are many small markets, stores, souvenir shops. Some of them are family-owned businesses opened back in the colonial era. Here you can buy handicrafts from artisans - silverware, hand-dyed fabrics, jewelry, shoes. There are shops that specialize in selling the freshest farm products. As for the Hanoi Night Market, it is not just a marketplace, but also an important cultural attraction.

Ho Chi Minh City, with its many department stores, trendy boutiques, and whole streets of stores, is the shopping center of Vietnam. It offers tourists a unique shopping experience. Here you can buy everything from a genuine work of art, worthy of an art gallery, to a branded outfit from the latest collection of a famous fashion house.

Despite the fact that both cities are located in the same country, tourists should prepare for very different climatic conditions.

The capital is located in the north, in the delta of the Red River. Here the climate is more continental: summers are hot and humid, and winters are dry and quite cool. Sometimes in December or January it gets really cold. The best time to visit Hanoi is in autumn (September-October) or spring (mid-March to the end of May).

The city is located in the South, in the Mekong Delta. It has a humid tropical climate with two distinct seasons - dry and rainy. Ho Chi Minh City is noticeably hotter than the North of Vietnam, and periodic downpours can interfere with tourists' plans. If you want to spend more time in this place, you should plan your trip for the dry season, which lasts from December to April.

In general, Vietnam is not the most expensive place in the world. The maximum part of the vacation budget is "eaten up" by the purchase of airline tickets, and entertainment and food in the country can be paid for mere pennies. However, both Hanoi and Ho Chi Minh City are cities where prices are artificially "jacked up" - they are much higher than in the province. But by European standards, a vacation in any of these cities is still quite budget-friendly.

It is believed that hotels in the capital are designed for wealthy tourists. This does not mean that a traveler with little money will have to spend the night on the street. There are plenty of small, not too luxurious, but quite comfortable hotels and hostels, where you can stay without a hole in the budget.

Vietnam's economic, commercial and cultural center annually hosts millions of foreigners: students, business travelers and vacationers of all income levels. Accordingly, there are plenty of accommodation options here - from five-star hotels with suites to modest pensions providing just a place to stay.

The Vietnamese are a good-natured people who are not aggressive. The local population is not prone to violence, but petty theft and fraud are rife in the country.

The capital has been "glorified" by its virtuoso swindlers. Here you should always be vigilant when making deals or purchases. Do not lose vigilance even during a simple walk down the street - you may be asked to take a photo "as a souvenir" and then demand payment for it.

The main criminal "feature" of the city is the abundance of pickpockets and street robbers. A stuttering tourist can easily get rid of his wallet or cell phone, and a bag or a camera can be snatched from the shoulder by passing motorcyclists. To rest was not spoiled, it is necessary to be a little more vigilant and do not provoke crooks, showing their "untold wealth.

The life of the inhabitants of the capital is subject to a measured, centuries-old rhythm, and traditions, including religious ones, are revered here. Some of the customs, which are strictly adhered to in Hanoi, may seem to Europeans as a manifestation of "slowness" and inertness. It is not necessary to offend the feelings of the townspeople, demonstrating excessively provocative behavior or attire in areas far from the "tourist trails". Here you can just enjoy the local color: quaint narrow streets, Buddhist Temples, tiny family cafes and colorful markets.

The influence of European and American culture is at every turn. Ho Chi Minh City is quite a modern, "modernized" city, the appearance of which is woven from chic malls and shiny skyscrapers, neon signs, expensive bars, elite nightclubs.

Hanoi and Ho Chi Minh City, despite their obvious external differences, are very similar in many ways - with their distinctive spirit, respect for cultural traditions and a distinctly national flavor. Both are worthy objects for careful study and are rightly loved by tourists. 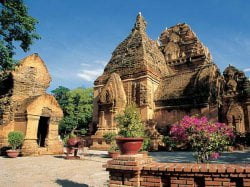 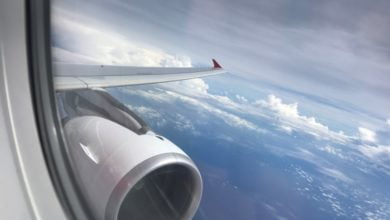 13 interesting facts about Hanoi that will surprise you 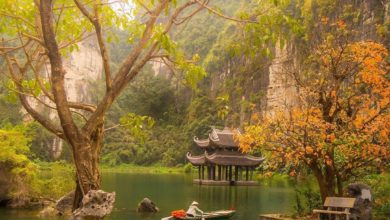 From Hanoi to Ninh Binh 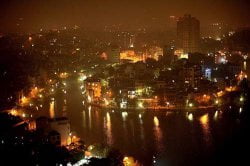 Vietnam and its capital Hanoi 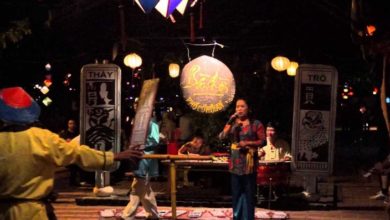 Hoi An's 10 Best Revelry Places Not to Be Missed 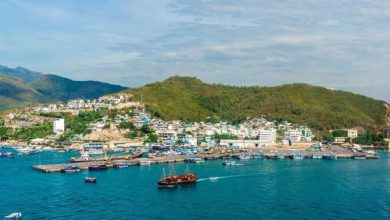 How to get from Ho Chi Minh City to Nha Trang by plane, train or bus