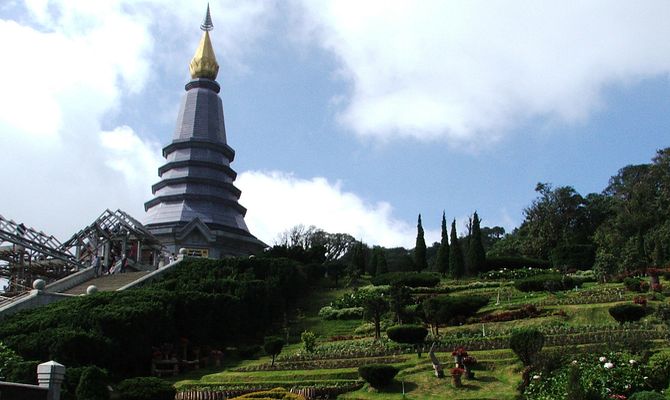 Chiang Rai is not a popular province for tourism. 800 km from Bangkok to the north, towards the border with Burma and Laos - a godforsaken place, frankly. However, the name, along with neighboring Chiang Mai, is familiar to most foreigners coming to Thailand.

Almost everyone has heard of these two provinces, unlike, for example, Nongbualamphu or Ubonratchathani. Perhaps Chiang Rai still has some interesting sights that can't be seen anywhere else?

What is interesting about Chiang Rai

Looking at Chiang Rai on a map, the thoughtful reader will note its extremely interesting location - on the border of three modern states. This location always guarantees the territory an interesting and long history. So it is with Chiang Rai: the area has passed from one kingdom to another, and the city with the same name is among the oldest in Thailand (1262). 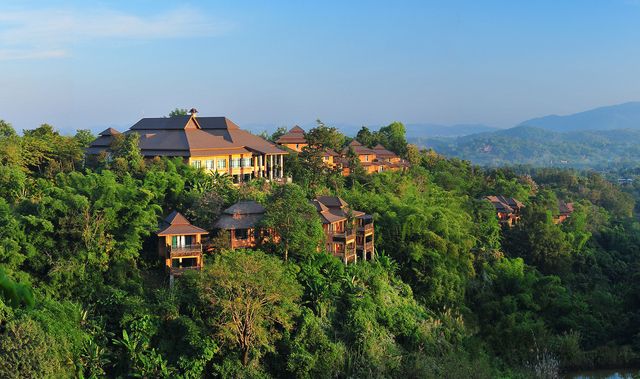 Despite Chiang Rai's famous history of eight centuries, it has never been a densely populated area or an administrative center (except for a very brief period when it was the capital of a bygone kingdom).

The provinciality of the region is largely determined by its geographical features:

The transport inaccessibility, as well as the very specific economic activities of the people living there, who, as one might guess, were engaged in poppy cultivation and marketing, contributed to the long isolation of Chiang Rai until the very recent past.

On the other hand, isolation has allowed the human communities living here to persist in their virtually unchanged form.

Chiang Rai Province is inhabited by Karen, Lisu, Akha, and Miao peoples who have lived a traditional way of life for centuries. Visiting the villages of the Golden Triangle Indigenous Peoples is at the core of any sightseeing program in Chiang Rai.

It is not a mistake to call the province in question a "Chiang Rai reservation. Entertainment is sparse: in some places you can ride elephants, take part in mountain trekking, but there are no zoos or shows. Among the main attractions are the golden triangle with mountain villages of indigenous peoples and several temples.

This is the name of the border area, the northernmost point of Thailand where it connects with Burma and Laos. Sop Ruak is also known as "the center of the golden triangle," a name that is obligatory to visit. 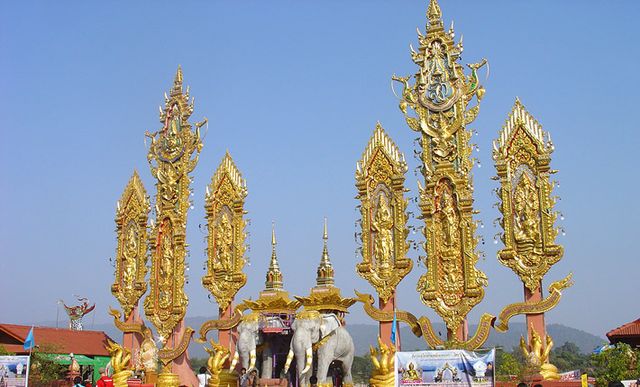 All the more reason there is so much to see:

Despite the fact that the place is artificially popularized for tourists, a certain aura is present here, and it is noted by all who have been in the center of the golden triangle. The mountains are low around, the river flows, in which here and there you can see islands - in general, Sop Ruak is a continental Indochina, not devoid of originality.

The mountain villages of Chiang Rai province are must-see attractions. Enterprising Thais have long recognized the popularity of eco-tourism among Western tourists. Villages included in standard sightseeing programs can be called "Potemkin villages" in the full sense of the word. In many of them the entrance for tourists is paid (as if a museum in the open air), in others - souvenir trade flourishes. Money received thanks to tourists, go to the maintenance of a more or less decent kind of houses and buildings. And the inhabitants of such villages are no longer "savages. 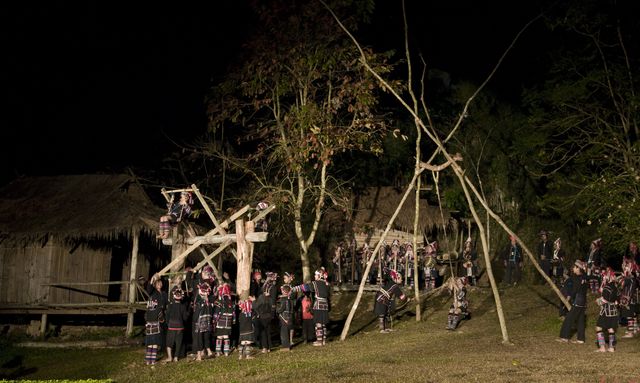 For a longer immersion in the world of Chiang Rai, some villages offer a week or two stay. For example, Akha Hill House, an eco-guesthouse where tourists are accommodated in traditional Akha villagers' houses, get into the atmosphere of Chiang Rai indigenous life in the mountains 1.5 km high, surrounded by tea plantations and other villages inhabited by real aborigines.

Non-standard excursion programs are practiced - trekking in the mountains with visits to real, not Potemkin villages. Such excursions can be multi-day tours.

Mountains are always healing springs coming out of the ground. In the case of Chiang Rai, these springs are hot. Here are the main ones:

The last three on the list provide an opportunity not only to swim, but also to stay overnight. 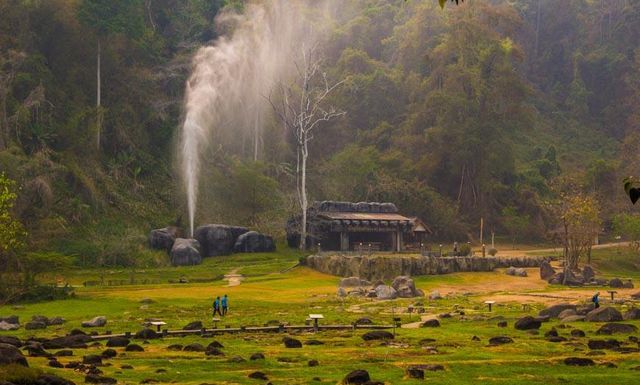 There are bungalows, well-groomed areas for walking, communal pools, and private rooms with mini-pools. Such "sanatoriums" are located on mountain roads: they are convenient to use as bases for further trekking in the mountains.

A famous place among Thais. Here is one of the most famous Buddhist temples in Thailand - Wat Phra That Doi Tung - which is a place of pilgrimage. In addition, on the mountain is the royal villa built for the mother of the previous king Somdet Pra Srinagarindra. 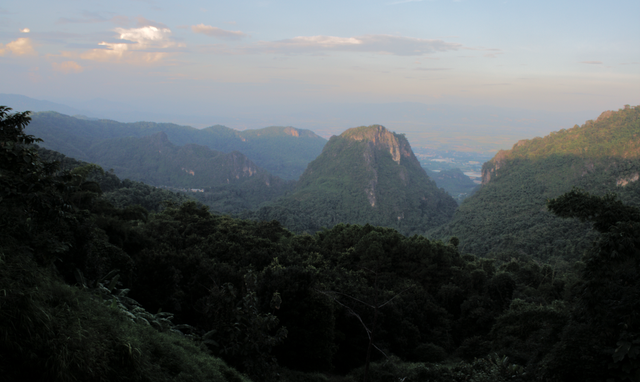 Near the villa there is a botanical garden and arboretum. All attractions are more than 1 kilometer high and are recommended to visit. Fresh mountain air and mind-blowing views from the mountain are guaranteed. All free of charge, except for a visit to the villa.

Wat Rong Khun is Chiang Rai's most famous landmark. It is a new construction, but it is extremely spectacular. The temple is constructed of white plaster, a soft yet durable material that allows the building's graceful forms to be shaped. In addition, the temple is decorated with shards of mirrors so that in the sunlight it sparkles.

The exterior decoration is very symbolic and interesting from an artistic point of view. The interior is simple and somewhat unusual for a temple. Nevertheless, it is quite in keeping with the eclectic Buddhist tradition.

The temple is located 15 km from Chiang Rai City towards Chiang Mai.

This temple is located in the historic part of Chiang Rai and is part of the tour program of the provincial capital. The building is well maintained and immersed in greenery. 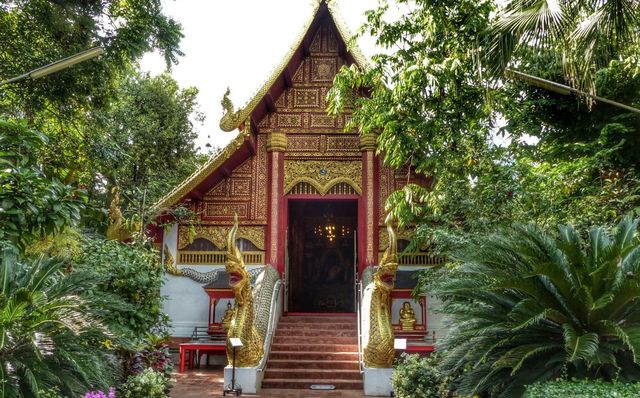 The temple was built on the site where a statue of the emerald Buddha, a famous sacred symbol for Thais, was found. Since then, the site has been revered as a sacred place and the temple is active. There is a thematic museum nearby.

When to go to Chiang Rai

Traditionally for Thailand, the period from November to March would be optimal to visit Chiang Rai.

It gets hot in April. And from May to September it often rains. Although they usually do not last long, the excursion program in the mountains can be spoiled. Compared to the southern regions of Thailand, Chiang Rai is slightly cooler, and the relatively dry season lasts up to 6 months.

The closest major city to Chiang Rai on the map of Thailand is Lampang. It can be reached by car (240 km). Chiang Mai is also not far - 268 km.

There are buses from Chiang Mai to Chiang Rai. There are several daily departures from the northern bus station. Chiang Rai has an airport. Planes fly from Bangkok, Chiang Mai and other provinces. 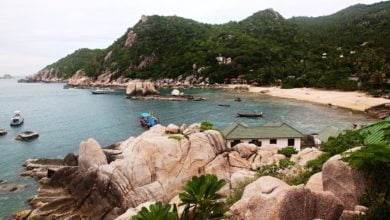 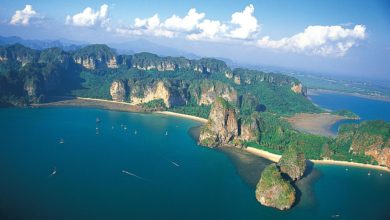 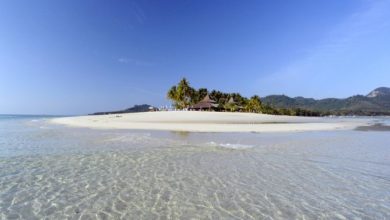 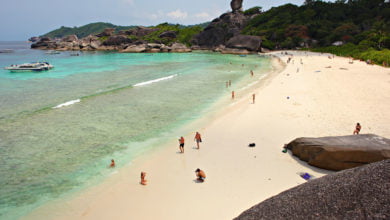 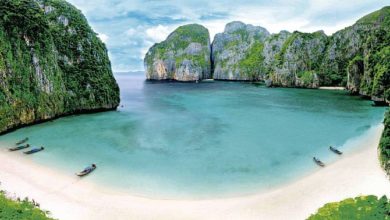 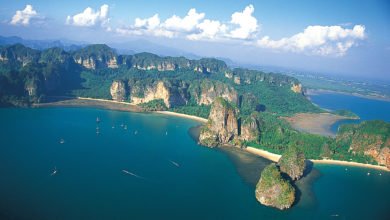 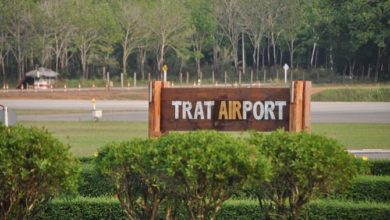 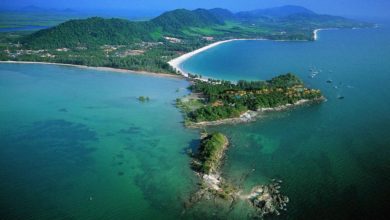 The Koh Rok Islands in Thailand