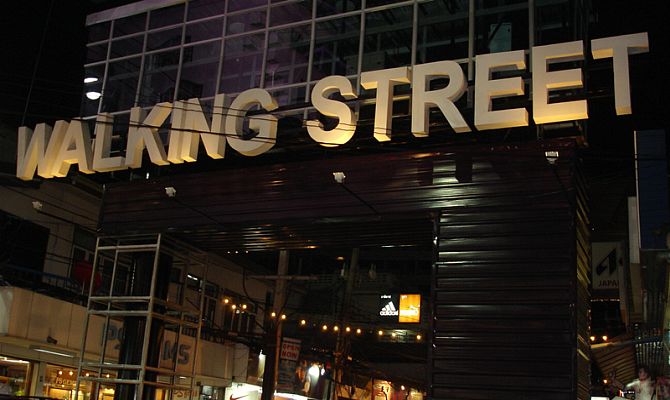 In every country, and even more so in such a tourist paradise as Thailand, there are special places, people often call "brothels". The adult retreat, the kingdom of debauchery, the Thai Red Light District - all this is Volkin Street in Pattaya.

There is nothing easier than finding the mysterious street with the cute English name of Wolkin Street: no one hides its location and does not give tourists the data for a lot of money. A stroll along Beach Road is sure to end with a visit to this street, as it is located at the very end of the waterfront and is considered its logical conclusion.

Volkin Street on the map in Pattaya

But a tourist on Volkin Street during the day is likely to be disappointed and think he has been given the wrong information. The video shot on this street before 6:00 p.m. will surprise with its ordinariness and usual content for Thailand: tired workers, lonely tourists, small stores and absolute peace.

Wolkin Street is located in the central area of the city, making it accessible to the vast majority of tourists. It can be reached for a modest fee by cab: most tourists choose the local sunteo (fare 10 baht), but thrill-seekers can also use a motorcycle cab, can be reached from almost any part of Pattaya.

The decision to visit Wolkin Street should be a conscious and weighted - a person susceptible or with high moral principles should not go along with the seducers, because visiting the street can be too dangerous for the nervous system.

First of all, it is necessary to determine the type of establishments that the tourist plans to visit. Volkin Street offers travelers several varieties of entertainment venues.

Classic bars are the most neutral establishments in the neighborhood. Relatively quiet atmosphere, lightly dressed and not too intrusive girls, the opportunity to just drink a beer or listen to music is combined here with the obligatory debauchery: a pole and a dancing girl. 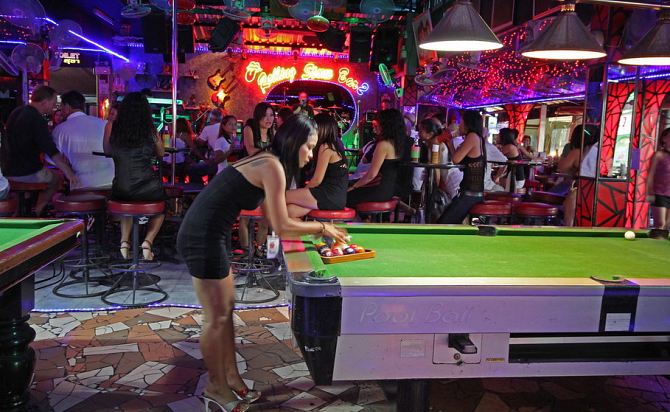 Employees of such bars are happy to keep tourists company and can play board games, drink cocktails or move on to more interesting activities.

Traditional dance clubs have appeared in this area of the city relatively recently and they focus mainly on foreign tourists. For example, Mask Club, Lima Lima, Ancor and Mixx are gathering places for Russian travelers. In such places almost all the staff speaks Russian and there will be no problems with ordering. Russian menu and familiar interior attract guests and give an opportunity to relax from the color of Thailand.

Fans of hip-hop should check out the Lucifer Disco or Tipsy Night Club: in the institution only the best DJs, incendiary dance performances and special atmosphere. Endorphine Club, part of a large network of nightclubs in Europe and America, has quickly gained popularity among tourists. The style of the institution resembles the usual Ibiza club: the same shows, the same music and technology.

Volkin Street is the quintessential capital of sin, here is the heart of a resort that doesn't sleep.

Insomnia is a classic dance club aimed at young European tourists and charming locals. Trendy DJs and the latest trends in the world of club and pop music as well as trance and house give the place an excellent reputation. Thai men are not allowed to enter Insomnia, but Hollywood Pattaya is a place for locals, where you won't meet a fellow Thai.

Rock bars should be singled out in a separate category. You should look for such places in Pattaya on Volkin Street: Blue Sky, Rolling Stone, Hot Tuna and others. And if Hot Tune is a heavy rock, live music and classical atmosphere, which only suits the real fans of this direction, the Stone House is quite a pleasant club with professional musicians and rock classics, which are skillfully combined with trendy hits. 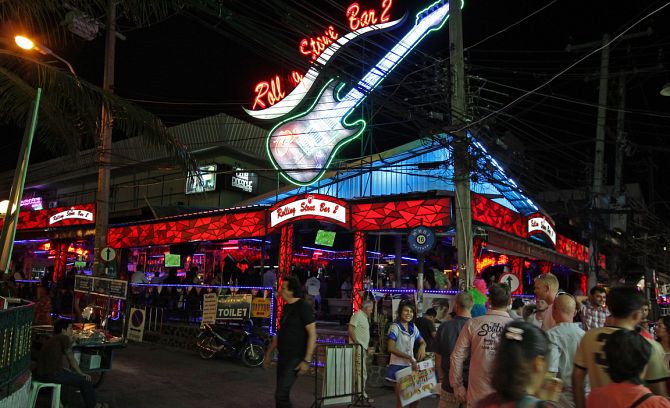 Especially worth mentioning is The Blues Factory, a club where musicians with international names perform not only the usual rock, but also the aristocratic blues. Despite the high prices in the bar, the place is always full, because the visitors come not for the drinks, but for the atmosphere of the quality music and talented performance.

Go-go bars are the highlight of the street, on which the entire infrastructure of this part of Pattaya is built. Small establishments with centrally located catwalks and poles attract more tourists than the most spectacular historical landmarks of the city. 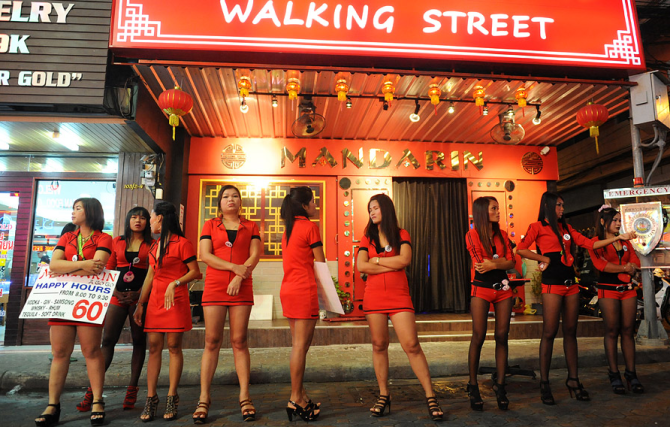 In such bars, Thai women not only dance and bathe in transparent pools, but also actively lure customers for more intimacy. Popular Go-Go Bars: Baccara, Whats Up, Iron, Sexy Airline, Alcatraz, Living Dolls, Fahrenheit. Communicating with girls in such establishments is not forbidden and is even welcomed, because it brings profit to the owners.

The street is famous for its performances of a sexual nature, but instead of candor and eroticism the tourist will get more of an entertaining and probably funny attraction. 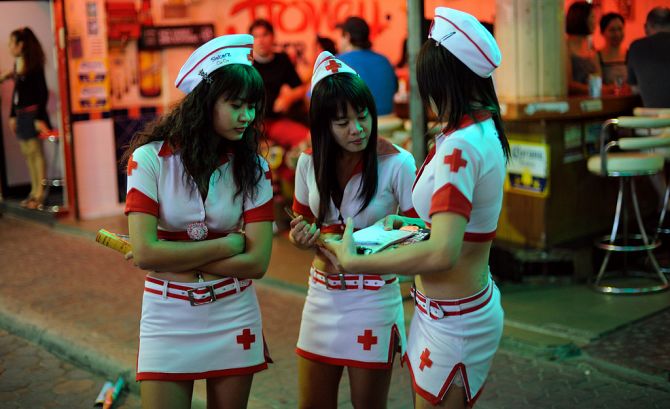 Videos of such performances can be found online to get a general idea of whether or not it is worth it to pay an impressive amount for the admission ticket.

Restaurants on this street belong to the "standard" category, so you should not expect high and exquisite cuisine even if the prices in the institution are significantly higher than the average. In this part of the city, restaurants are perceived as a place for a bite to eat, not for gastronomic pleasure. 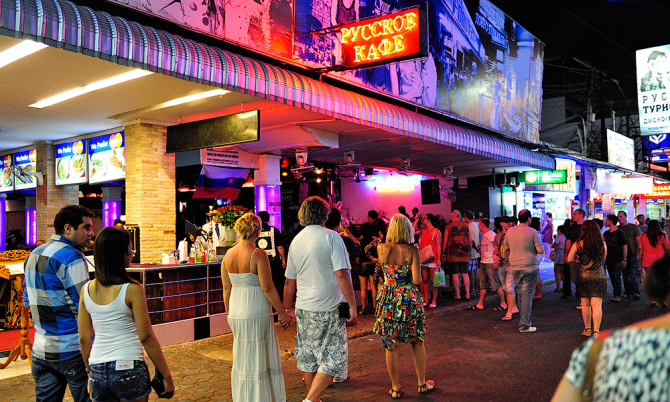 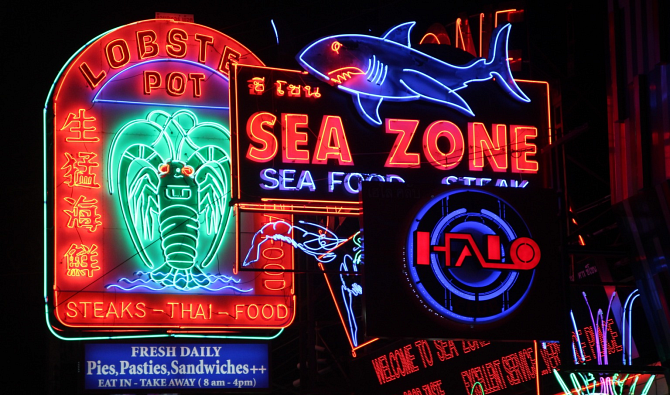 To enjoy authentic national dishes and save money on food, you should go deep into Pattaya - Soi Buakhao Street.

Before visiting this area, one must be mentally prepared for the possibility of seeing things that in normal life would never be on display. For the domestic tourist it is extremely difficult to adequately perceive the openness and shamelessness of transvestites, who can not only stand, but also quite openly dance in the street in the midst of fun.

Volkin Street is only 1 km long, which is why tourists are so surprised by the huge number of bars and dance establishments located in such a small space.

The ideal time to start walking down Wolkin Street is evening and night. There's nothing to do on the street before 8 or 9 p.m., except to take in the unassuming architecture, but in the evening you can take great pictures against the piquant signage.

All tourists visiting Thailand should remember that Wolkin Street in Pattaya is an ideal place for adult vacations. This is perfectly visible in the numerous videos of tourists who have already visited the street. Children and teenagers in this area of Pattaya have nothing to do: they do not need to see a lot of undressed women and drunken men.

Volkin Street in Pattaya should be taken as an important but not a necessary point on the travel map of Thailand. The special atmosphere of this area is noteworthy, but one should not sacrifice one's principles or moral stability in favor of fashionable trends. 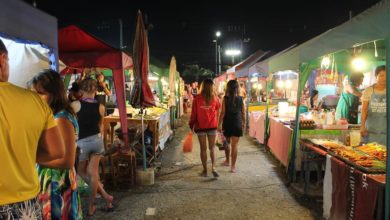 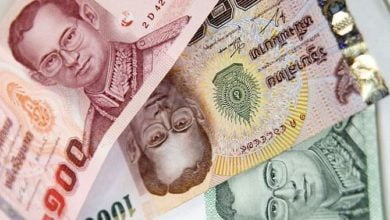 How much money to take in Pattaya - prices and budget calculation 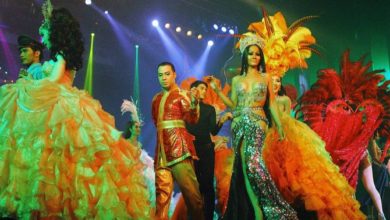 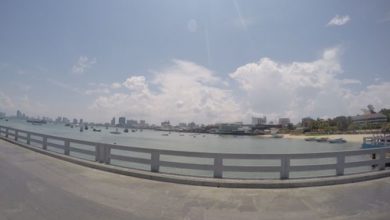 Weather in Pattaya in September, October and November 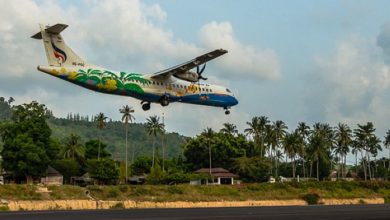 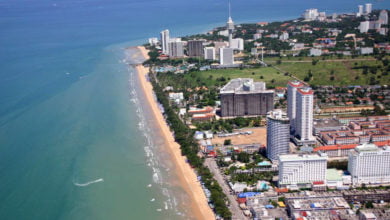 Jomtien Beach - An Overview of a Popular Pattaya Beach 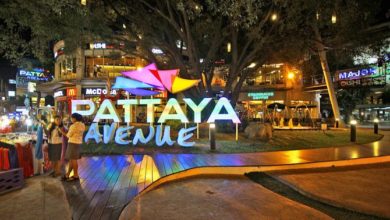 Shopping in Pattaya - what and where to buy at the resort 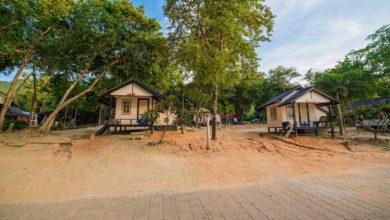 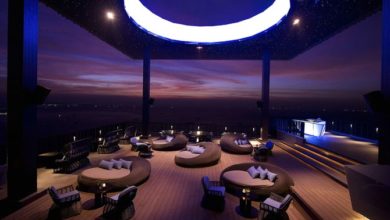 Food and eating in Pattaya - restaurants, cafes and bars 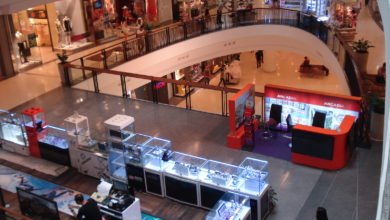