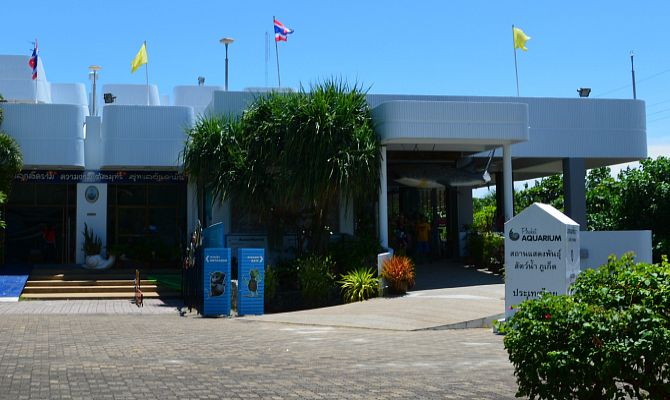 The vast majority of tourists coming to Thailand, go straight to the resort of Phuket. No wonder, because Phuket offers tourists a full range of entertainment, which will satisfy the preferences of people of all ages.

One of these attractions should include an aquarium in Phuket (Phuket Aquarium), which attracts fans and just interested in the inhabitants of the aquatic world.

Aquarium on a map of Phuket

The aquarium was founded in 1983. It was originally intended for environmental research. However, after the reconstruction it has become extremely popular among tourists. The main attraction is the transparent tunnel in the center of the aquarium. 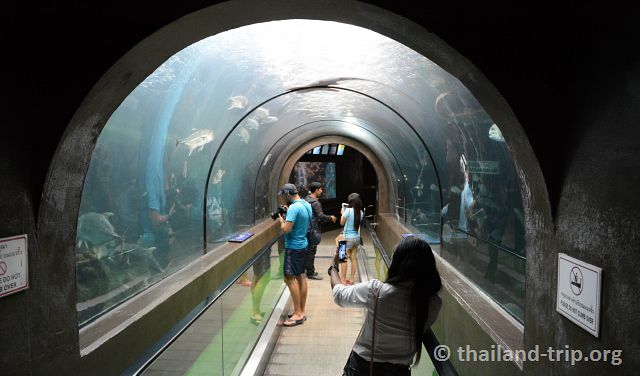 The entire aquarium complex is divided into two sections:

Marine and freshwater animals are located in the first section, which, in turn, is divided into ten huge cylinder-shaped aquariums. 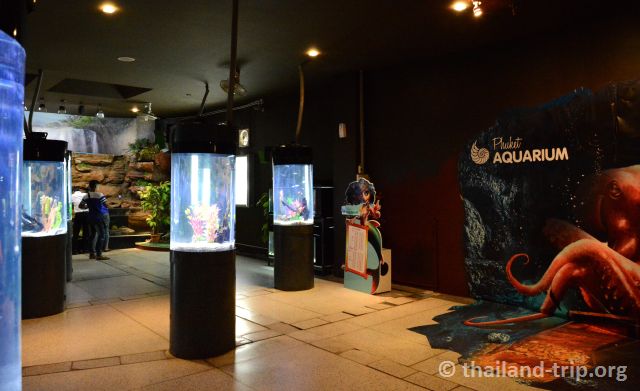 Each aquarium is inhabited by certain species of fish, of which there are over 160 species in total. The most memorable representatives of the aquarium are:

Also the aquarium in the full sense of the word justifies its name, because the aquarium is home to amazing mammals of the ocean depths: sharks, large stingrays, huge groupers, all kinds of tropical fish, seahorses, etc. 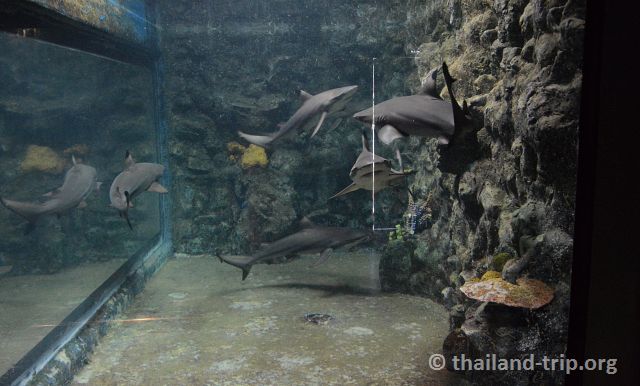 And perhaps the most unusual representatives living in this complex are the leopard stingray and leopard sharks, distinguished by their unique spotted coloration. 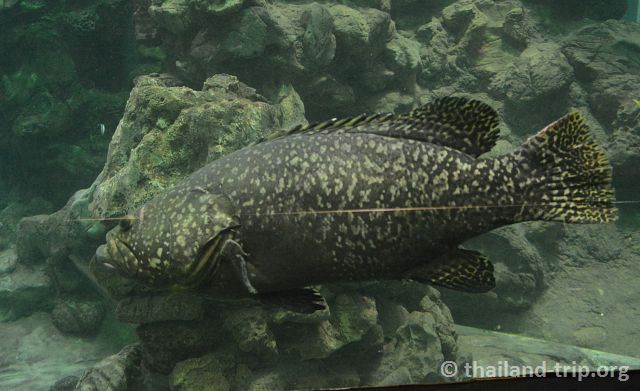 The second sector is devoted exclusively to the flora of the sea depths, which is represented by a unique variety of algae and coral reefs. In the midst of all this beauty, small sea creatures endlessly scurry about.

The sector is also divided into several themed aquariums, most of which are equipped with a touch screen that provides full information about all available living creatures. 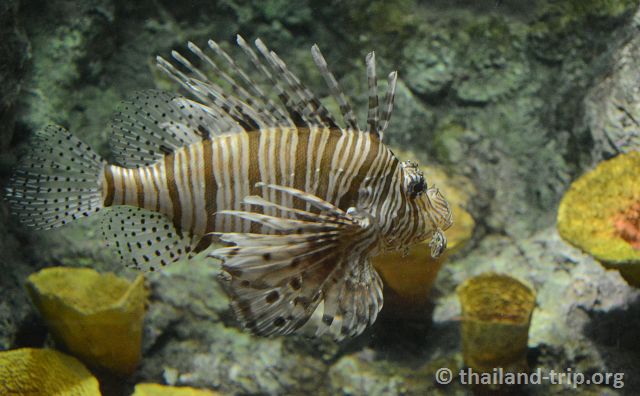 For thrill-seekers, there are shows where you can see scuba divers hand-feeding sharks and other predatory fish. The shows are held every weekend from 11:00 to 11:30.

The aquarium is located at the end of Cape Panwa, in the south of Phuket. You can reach the aquarium on your own by car. The starting point is the Chalong Ring, from which you should start in the direction of Phuket Town. Drive in this direction for 7 km until the crossroads, landmark "Toyota Center".

From this intersection you should turn right and then after about 700 meters turn right again. In this case, the landmark will be a traffic light crossing, after the turn, then go approximately 7 km straight ahead until you reach the aquarium. 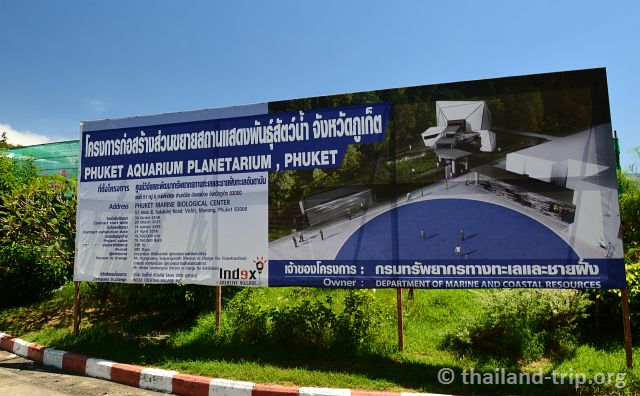 From Phuket, you can take a shuttle bus from Soht Talad or Fresh Market. The trip from Kata, Karon, Patong beaches is very far 35 km, it is better to do it in the morning to have time to return before the evening traffic.

Ticket prices for tourists and locals are different. For example, a ticket for adults costs 180 baht, and for small children 100 baht. There is also some free advantage for children whose height is less than 108 cm. For locals the cost is reduced by half.

In the near future, the navailable at reconstruction And the redesign of the aquarium! 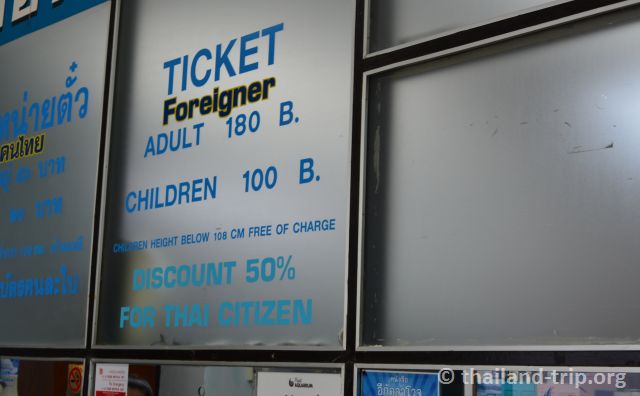 The Aquarium is open daily from 8:30 am to 4:30 pm. Tickets are sold until 4pm. One hour is enough to see everything.

If you want to get information about the aquarium, you can use the interactive display, which provides visual and auditory information.

In addition, the aquarium additionally offers tours in Thai and English, thanks to which it becomes possible to get acquainted with each of the inhabitants of the aquarium.

At the exit there is a small souvenir store.

Be sure to visit the aquarium with children, they will have vivid memories and a lot of impressions, and do not forget to take your camera. 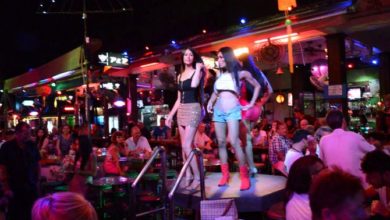 Phuket Clubs - nightlife on the island 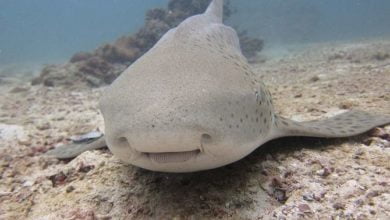 Sharks in Phuket - how to protect yourself?

How to get from Phuket to Samui - plane, bus, cab, ferry 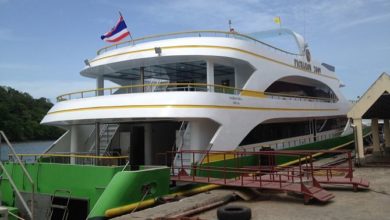 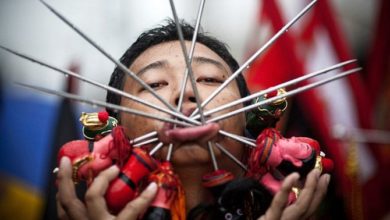 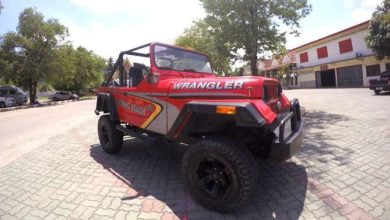 Features and cost of car rental in Phuket 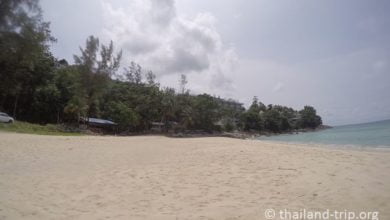 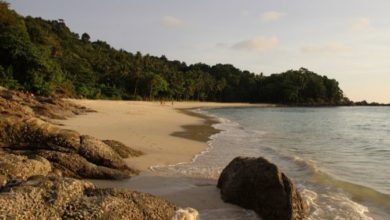 One of the best beaches in Phuket - Freedom Beach 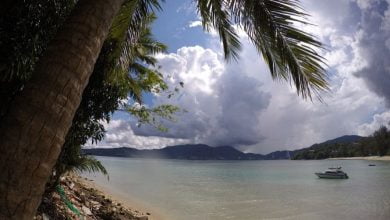 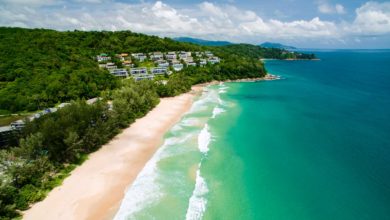