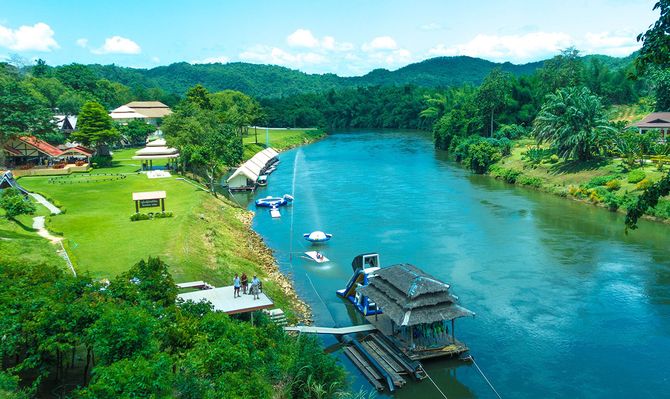 For vacationers in or close to the metropolitan area of Thailand, such as Pattaya or Rayong, one of the main excursion destinations is Kanchanaburi province. Unlike other central areas, represented by the typical Asian steppe, Kanchanaburi is a province with partly mountainous and forested landscape, with rivers and lakes.

Its proximity to Bangkok makes it a popular place, not only with foreigners but also with Thais, some of whom are in the habit of coming here on weekends "to nature. 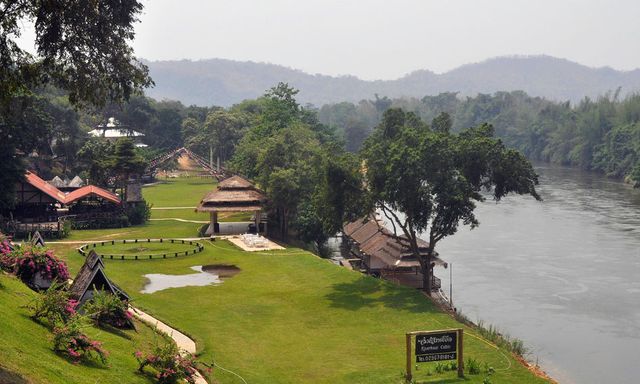 The low mountains, rivers, forests, lakes and waterfalls form the basis of the landscape of nature parks, which makes Kanchanaburi considered one of the environmentally friendly regions of central Thailand, attracting tourists and residents from neighboring areas.

Although the province is landlocked, its relative proximity to the coast does not allow it to escape the monsoon type of climate. Although here it has continental features, associated mainly with less rainfall.

The annual dynamics of the Kanchanaburi climate can be described by the following scheme:

The local summer lasts from February to May and is characterized by high daytime temperatures of up to +40 degrees C and higher. It almost never rains. Because of this, the humidity is lower than in most Thai resorts at this time.

From June the temperature decreases and stabilizes at +30...+35 degrees C until October. The amount of rain gradually increases: their maximum is in September, but even in this month 15 days are sunny, precipitation is moderate.

From November to early February, stay in Kanchanaburi is most comfortable: daytime temperatures are about +30 degrees C or slightly higher, nighttime - about +20 degrees C. During the winter months there is no rain.

Undoubtedly, Thailand is interesting primarily because of its tropical nature. If on the coast it is mainly represented by underwater life and karst islands, here, inland, it is mountains covered with jungle. Where there are mountains, there are bound to be mountain rivers on which you can raft, and waterfalls, which you can not only look at, but also in some of them - to swim. 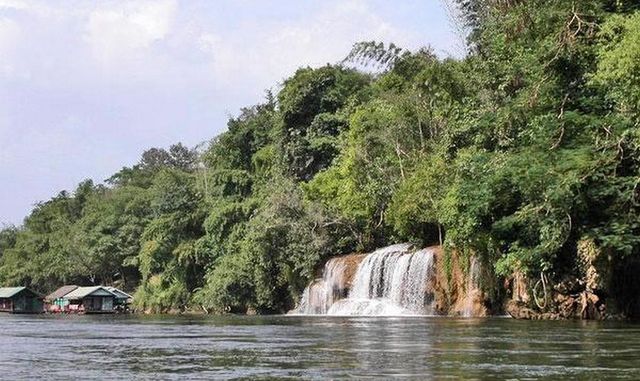 In addition to the natural parks, Kanchanaburi has areas of historical and cultural significance. There is a fee to visit all parks.

The closest to the provincial capital, Erawan Park, is known for its seven waterfalls. This may not be much: one of the famous mountain gorges of the Caucasus can boast 33 waterfalls. Nevertheless, Erawan attracts thousands of visitors every day when it's not raining. The water in the waterfalls and the pools they form is not too cold. Numerous fish swimming in it create an additional entourage for the bathing tourists. 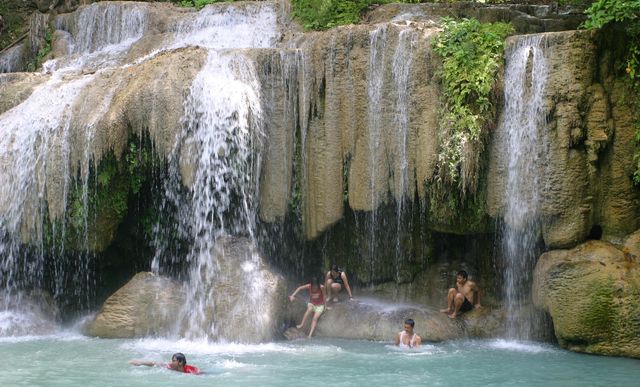 Since the waterfalls in Erawan Park are of the cascade multilevel type, not many people can master all 7: visiting the remote ones involves a long climb up the mountain. Most visitors are limited to the nearest 2-3.

In the park you can stay in a tent camping or bungalow. Both are available for an additional fee. There is a market one kilometer from the entrance to the park, where you can buy the necessary products.

The dam and the large artificial lake Sinakharin are adjacent to Erawan Park along its northeastern border. However, tours of the park do not include a visit to the lake and its surroundings, so this area is designated as a separate nature area. 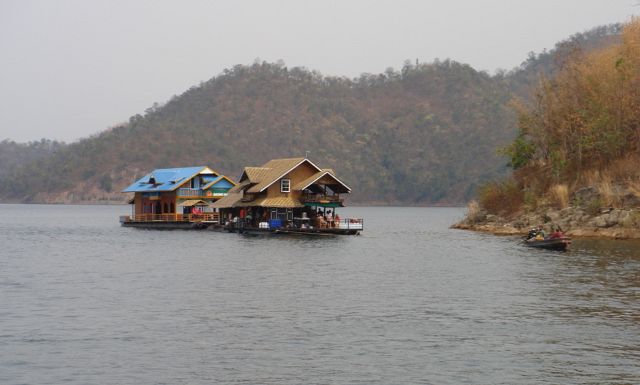 What can be seen in the vicinity of Sinakharin:

On the border with Burma there are numerous settlements of the Monks. As part of the tour program it is proposed to visit one of them. Here you can buy handmade souvenirs and unique items of local clothing.

It is located behind Erawan Park closer to the border with Burma. It is considered the most beautiful of the Kanchanaburi parks. It is home to rare species of birds and butterflies. There are several beautiful waterfalls.

The territory of the park is interesting with its dilapidated Buddhist temples, remnants of forts and walls built in the 12th century and defending the kingdom of Siam from the Burmese. In addition, the historical park has an exhibition hall with exhibits found on the territory of the fortress city. 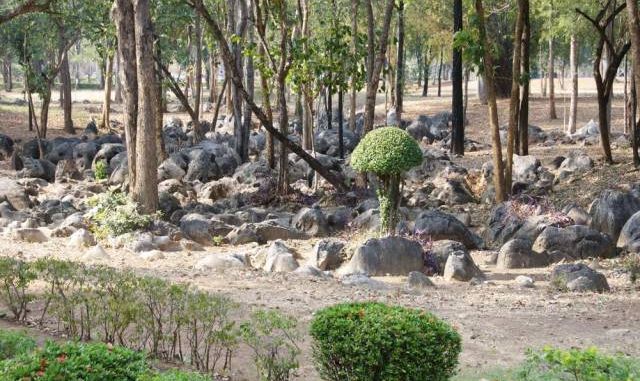 Prasat Muang Sing Park is located near the Sai Yok Noi waterfall at the southern end of the park of the same name.

There are several parks in Kanchanaburi where dozens of elephants live under the care of people. They are also called elephant camps. Some of the animals have been rescued by humans after being attacked by poachers or injured. Others were already born in these groups. 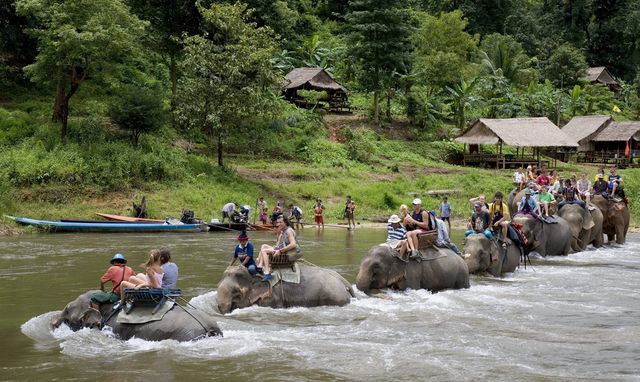 The entertainment program includes jungle rides on elephants, acrobatic shows with the participation of animals. In addition - rafting down the river.

The Taweechai elephant camp is located in the south of Erawan Park. Another one is in Sai Yok Park.

The radon hot spring is located directly in the capital city of Kanachanaburi on Sangchuto Soi 16. There are several pools with different water temperatures.

Reception of radon baths has a tonic effect, normalizes metabolism, is shown in cardiovascular and other diseases.

The River Kwai is associated with the main tourist routes of Kanchanaburi. It is surrounded by artifacts dating back to World War II, which are of touristic value. But the river itself has long been a place of recreation for Thais and tourists alike. 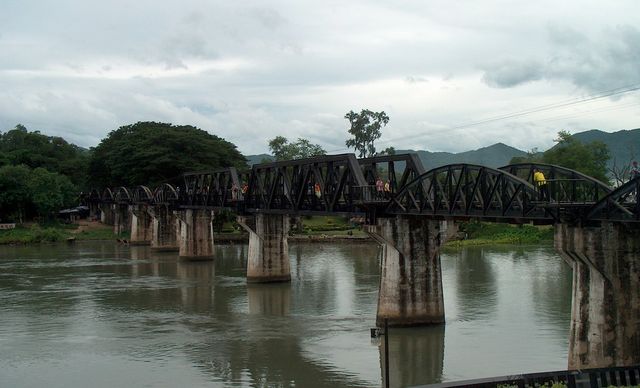 Various rafting activities are organized on the Kvue: restaurants, hotels, massage parlors and even something akin to nightclubs run along the river. Those who want more tranquility and serenity can stay in cabins on the shore or directly on the water. You can buy food and souvenirs at the floating markets.

The history of the River Kwai is closely linked to World War II. The Japanese aggressors, who were allied with Nazi Germany, occupied Thailand in December 1941. Within a month, however, the Kingdom of Thailand signed a peace treaty with Japan, so there was no military action as such in the country. The Japanese used Thailand as a bridgehead to deploy their troops for further aggression into Burma and other territories. 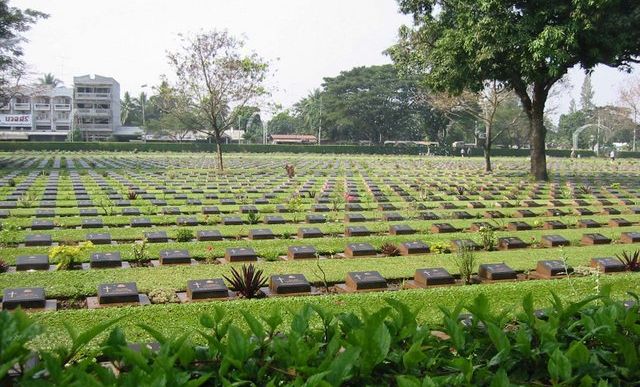 During the occupation the Japanese were engaged in active economic activities. In particular, the objectives of the war required the construction of transport infrastructure: a bridge over the River Kwai, a railroad through the jungle to connect Indochina with India. Everything, as was then customary, was built by the hands of men who toiled under duress as slaves.

Most of the builders were Thais, as well as prisoners of war who took part in the war on the Pacific front on the side of the Entente (mostly Americans).

The events of those times are captured in landmarks and museums.

The railroad of death

Partially built during World War II, the railroad still operates today, connecting Burma and Thailand. It has since been modernized, so it is not of any historical and cultural interest. 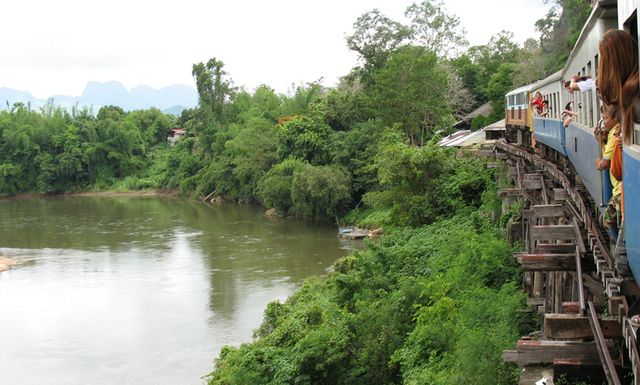 As part of the sightseeing program visit its parts, one of which is located next to the Hellfire Passage Memorial Museum.

Hellfire Pass, a tunnel in the rock built by POWs in the 1940s, killed a large number of people during its construction: technical capabilities at the time were poor, POWs were poorly fed, and numerous tropical diseases claimed thousands of lives.

Not far from the pass is the Hellfire Pass Memorial Museum, whose exhibit focuses on the events of that time.

Bridge over the Kwai

The bridge across the river continues the history of the railroad's construction. Every November, a celebration is held on the area adjacent to the bridge, the main event of which is a colorful light show.

Cemeteries with victims of that time

The death toll during the construction of the bridge, tunnels, and railroad is estimated to be at least 100,000. Some of them are buried in memorial cemeteries, one of which, the Kanchanaburi Military Cemetery, is located opposite the railway station on Saengchootoe Road.

Museum Center of the Thai-Burmese Railway

The railroad museum exhibition is considered the best on the history of World War II on the territory of Thailand. 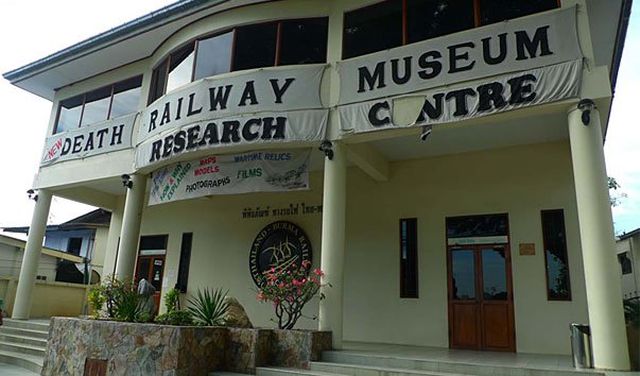 The exhibits include artifacts from that time as well as interactive exhibits. The museum center is located next to the Kanchanaburi military cemetery.

How to get to Kanchanaburi

From Bangkok, buses depart from both West Sai Tai and Central (North) Mochit. From Sai Tai flights are every 15 minutes from 5 a.m. to 10 p.m. From Mochit - hourly from 5 to 7 am, every two hours until 12 noon and 2 more flights in the afternoon.

The travel time is two hours. The ticket price is about 100 baht.

From Bangkok to Kanchanaburi there are two daily trains, one in the morning and one in the afternoon. You can take the train at the beginning of its journey at the railway station or along the way at Thonburi station, located in the west of the city. 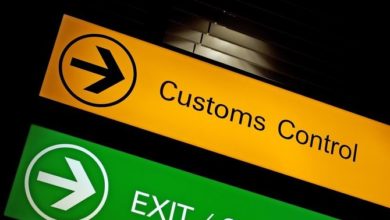 What you can't take out of Thailand 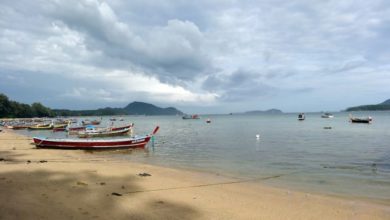 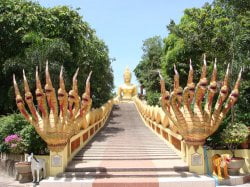 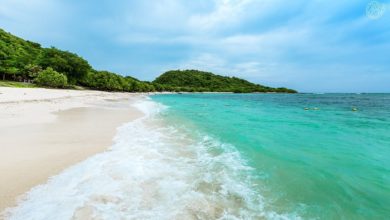 Dominican Republic or Thailand: where to vacation? 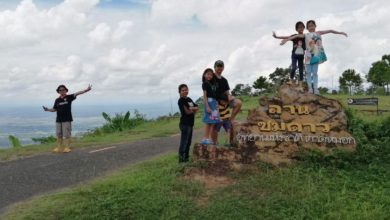 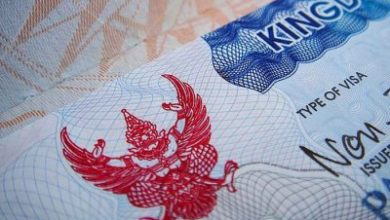 The procedure for obtaining a visa to Thailand has been simplified

How much does laser teeth whitening in Bangkok cost 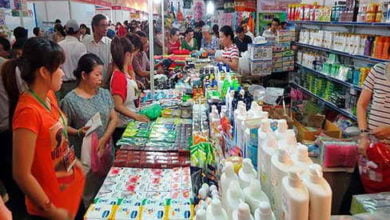 What cosmetics to bring from Thailand? 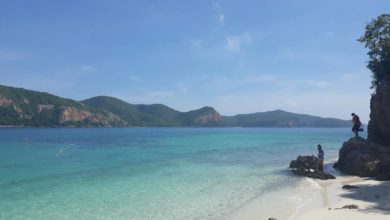 Planning a vacation: vacation in Thailand in 2019